Spring seems to have arrived in Fearnan – the daffodils are dancing in the breeze, lambs are gambolling in the fields, the days are getting longer and we’ve even enjoyed some warm and sunny days.

Spring means the end of the season for the Indoor Bowls Club, and the awarding of prizes to members. This year’s Star Bowlers are Angela Kininmonth who triumphed in the Singles Final, and Alastair Kininmonth and John Raeburn who lifted the Doubles Cup. 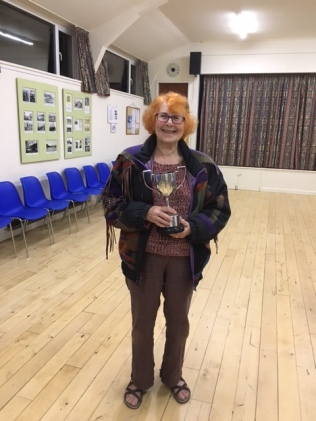 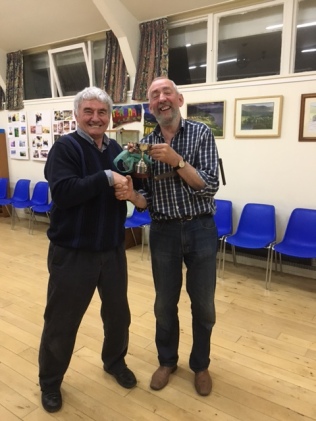 Well done to them! The Club restarts in the Autumn, and any prospective new members will be very welcome to come along and have a go on the first Monday in October. (Look out for an article on this on the Blog nearer the time.)

We’re very impressed to see how relaxed Angela and Alastair look, given that the lambing season is in full swing, and the maternity units in Ewetopia will be very busy. Peter McKenzie has already been up with his camera, and shared these delightful pics of some new arrivals. 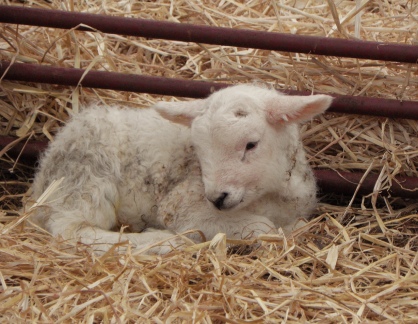 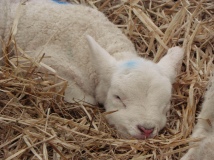 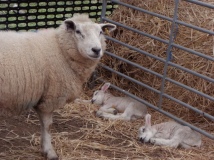 Join us for tea in the Hall on Saturday 15th April at 3pm to celebrate the FVA’s 10th Birthday. Free to members and their guests.

The April Coffee Morning is on Tuesday 25th at 10.30 in the Hall, when the usual spread of baking, savouries and hot-off-the-griddle pancakes will be available, along with freshly made coffee and tea.

The FVA Annual General Meeting took place at the end of March, and here are the Minutes.

The Chair, Sue Gardener, opened the meeting by welcoming members. She explained that the format of the afternoon would be: the FVA Annual General Meeting, followed by the Business Meeting.

Adoption of the Minutes of the 2016 AGM and Business Meeting

The adoption of the Minutes for the 2016 AGM, was proposed by Neil Ballantyne and seconded by Keith Brockie.

The chair reported that the FVA is 10 years old this year and continues to fulfil its original objectives, which are:

Issues this year have included:

Flooding and Drainage: the problems experienced in the village in Spring 2016 were addressed by providing information to, and liaising with, the Community Council and PKC Roads Department as well as supporting affected individuals.

The Cow Park: the FVA was approached by one of the owners to see if Fearnan had an appetite to purchase the Cow Park. Some initial research was conducted, and a village meeting to discuss the proposal was hosted, leading to the formation of a steering group to take the project forward.

Scrap and Land Management: the Association has supported the Community Council in tackling the environmental problem of scrap and land management in and around the village by: ensuring that the regulatory and enforcement agencies have the information they need to take action; making a formal complaint about the impact on the whole village; supporting complaints made by individuals; and keeping the membership updated.

Communication: the Fearnan Blog has gone from strength to strength as a means of communication, and its articles on Fearnan’s social history have been enjoyed and reached the readers around the world.

Attendance at the Remembrance Day Service has increased, and it has benefited from coverage on the blog and the offer of refreshments afterwards in the hall. The Association’s interest in the War Memorial has led the Community Council to lobby PKC for improvements.

Broadband provision is still inadequate overall, but the AB Internet initiative has been supported through the dissemination of information and is now in use by several households.

The regular social events provide an opportunity to meet friends and neighbours and continue to be supported and enjoyed by visitors as well as villagers.

The key points from the Treasurer’s Report were

Jim fair was thanked for checking the Books at the end of the financial year.

There were no resignations and no changes to the membership of the committee in the last year.

There were no items and the chair declared the AGM closed, and moved onto the Business meeting.

Scrap and Land Management: An update on the situation was circulated by email on the morning of the AGM. The lay-by at Balnearn has been cleared, although it was thought that some of the scrap had been moved onto adjacent land. An Amenity Order has been issued to clear Dalchiaran in the next month, and another notice has been served in relation to water run-off at Balnearn.

The matter will be on the agenda at the next Community Council Meeting, which is on 4 May at 7:30 PM in Glen Lyon Primary School.

Cow Park: A working group was formed to take forward the village’s interest in purchasing the Cow Park but shortly after its formation, the offer of sale was withdrawn.

There was a discussion at the AGM during which members of the community expressed their concern at the state of the Cow Park and disappointment that the SNH Management Plan was not to be implemented.

There was a discussion on a number of related issues, and a minute of the discussion will be passed to the members of the Cow Park Group.

Blog Report: The Blog continues to be widely read, not just in Fearnan, but by Fearnan fans in countries around the world. Last year, we established an on-line contact in Russia and she is about to publish a book telling the story of the Russian Airmen who came to train at Errol during WW2. It covers the air crash at Fearnan, and includes quite a bit about the village itself. The author and another descendant of the Russian airmen will visit the village in May.

Village Map: A proposal to produce a map of the village has been put forward. It was agreed that it should be a multi-purpose map i.e. useful to visitors as well as residents, and capable of being mounted on an information board somewhere prominent in the village, as well as going on the blog and being distributed to residents. The suggestion of using a drone photograph of the whole village as the basis for the map was made. Some funding towards this by the FVA was approved.

Staying Connected: A proposal to promote good neighbourliness has also been put forward and the idea is to make sure we all know who our neighbours are, and that we can support each other if needed. It is proposed that contact information for willing residents is compiled so that quick communication is possible if something happens. Information might also include useful contacts. Inclusion would be entirely voluntary and it would only cover those who wish to be included. It could also have Added Value by providing a network of people who are willing to offer help e.g. by collecting prescriptions or doing shopping if someone was ill. The idea met with approval and Fran Donovan will take this forward. She would like to hear from volunteers who could form a group to work out the best way to set this up.

Broadband: AB Internet now provides a 10mps (approx.) service to the village, but it is dependent on line-of-sight with the mast.

War Memorial: The existing steps are dangerous and cannot be replaced as they constitute a traffic hazard on the corner. Following an approach by the FVA, the Community Council agreed a plan with PKC for the mounting of a stone ‘wreath holder’ at the front of the memorial, which means there will be no need to climb up to lay wreaths. Drawings are being prepared and will be circulated for community opinion before a final decision is taken. Any maintenance required on the retaining wall will also be carried out.

Fearnan History: Ian McGregor is giving the administration of his book to the FVA. Fran now has most of his papers. A reprint is needed, and in future the FVA will pay for the reprints and retain income from sales. A small print run is needed now for the summer season, but in the future, the new map (see above) and social history articles from Blog could be included in a revised version of the book.

Social Events and Dates: The dates of forthcoming events are on the What’s On page on the Blog. At the meeting it was decided to change the Coffee Morning on the 12th September to a Soup and Roll Lunch on Saturday 16th of September. It was suggested that events should be advertised on the noticeboard at the Co-op in Aberfeldy.

Fiona will look for a suitable temporary sign for outside the hall to promote FVA events when they are on.

The Community Council has been asked to support the planting of the tree at the site of a light aircraft crash outside the village about 15 years ago, and in which the pilot was killed. The area is due for felling, and there is a wish to mark the site before the felling takes place. The meeting agreed a small contribution might be made from funds if this was deemed appropriate.

The Chair closed the meeting by thanking all members, and the committee members, for their contribution to a successful year for the Fearnan Village Association.